Vienna went to the polls yesterday (on 11 October 2015). The city’s electorate had to cast its vote twice, for the city council as well as for the city’s 23 district councils.

Two factors might have contributed to the slightly different results at the city council elections and the district councils elections. First, at the citywide level only Austrian nationals older than 16 years are eligible to vote, while at the district level also EU citizens are enfranchised. Second, many seem to have split their votes strategically at both levels of representation. 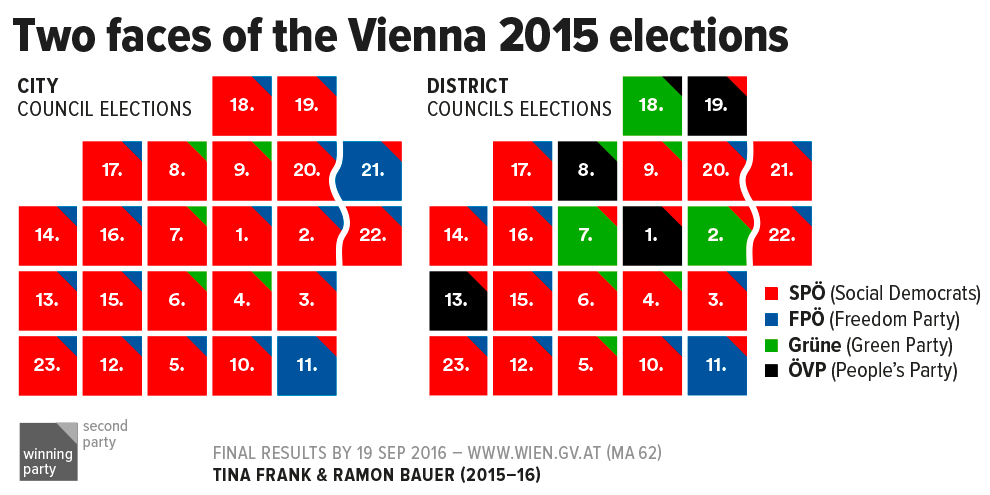 *Addendum 2016-09-21:
Almost one year after the 2015 elections, a rerun of the district council elections in Vienna’s 2nd district took place on 18 September 2016. Surprisingly, this time the Green Party gained the most votes in the district relegating the Social Democrats to second place.

The changing religious landscape of Vienna

The shrinking electorate of Vienna